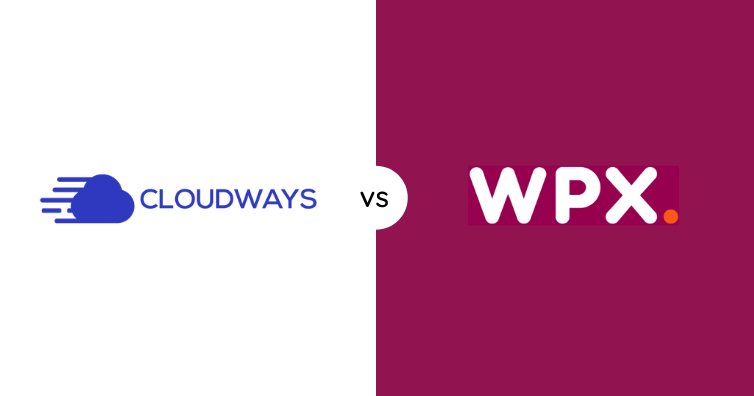 Why is Cloudways better (and faster) than WPX?

Cloudways is cloud hosting with one of the fastest forms of object cache (Redis Object Cache Pro). They also use NVMe SSDs on Vultr High Frequency as well as Cloudflare Enterprise which significantly improves load times + TTFB with Argo Smart Routing, load balancing, and image optimization. They have more data centers than WPX, better uptimes, and are definitely more popular in Facebook Groups. The main cons are no email hosting and some people say they’re more techie. However, launching a server and connecting your domain only takes a few clicks.

WPX has bad uptime problems especially when they had a worldwide outage the CEO blamed on their partner, when it was clearly their fault for not having a redundancy system in place. At the end of the day, it’s expensive shared hosting with slower SATA SSDs and no object cache (a huge disadvantage). They even admitted their hosting isn’t meant for WooCommerce sites and their email hosting is very limited. The main draw to WPX is they use LiteSpeed which means you can use LiteSpeed Cache + QUIC.cloud, however, WPX recommends W3 Total Cache and XDN which isn’t the best combination. Speed tests from Matthew Woodward were completely influenced by affiliate commissions when WPX calls them “independent tests.” Don’t fall for it. 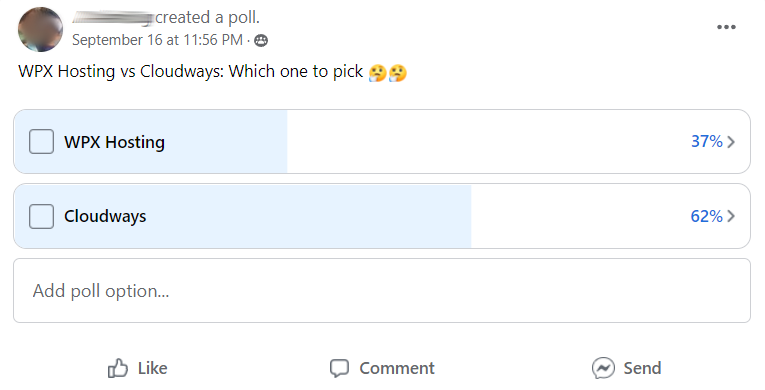 The biggest difference between Cloudways vs. WPX is Cloudways is cloud hosting which is generally faster (and more reliable) than shared. 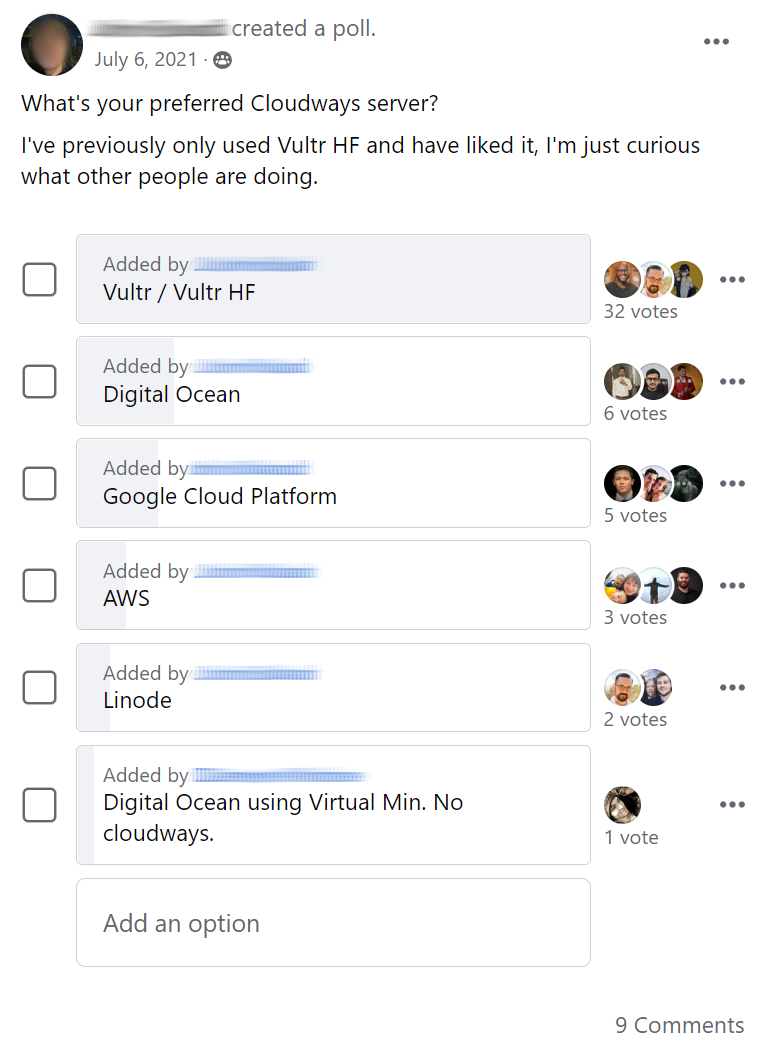 The lowest 1GB Vultr HF plan on Cloudways includes 1TB of bandwidth which is 5 times WPX’s lowest plan. Even WPX’s middle plan only has 400GB.

That’s why you should always check how much bandwidth your site is currently using (which can usually be done in your hosting account). Finally, use this number to figure out which hosting plan you need (which determines your budget). WPX has a bandwidth calculator too. 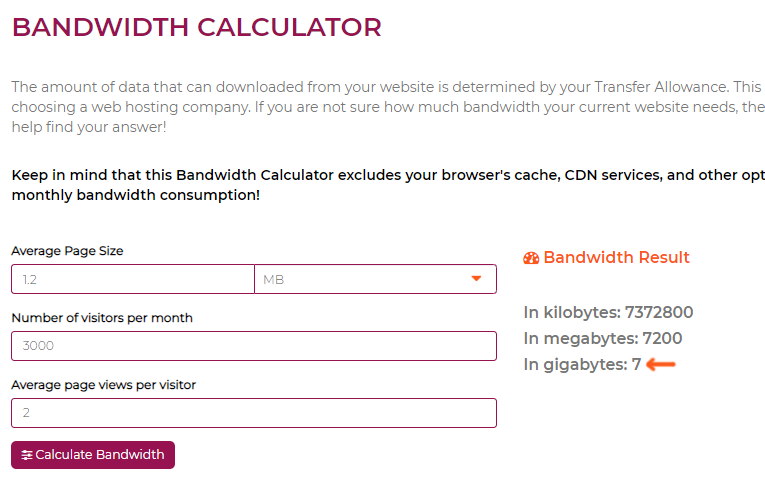 These are significantly faster which you can see in the test below. This was a test done by Rocket.net using the WordPress Hosting Benchmarks plugin (another reason I like Vultr HF).

The biggest benefit of WPX is they use LiteSpeed servers which are faster than Apache (what Cloudways uses).

Even if Cloudways uses Apache servers, that doesn’t mean WPX is faster. And if you’re hell-bent on using LiteSpeed, there are plenty of LiteSpeed WordPress hosts that are still better than WPX.

Redis is arguably faster than memcached and Cloudways uses Redis Object Cache Pro (even faster than Redis). This is a big advantage especially if your site is dynamic. To add it, head to Servers → Settings & Packages → Packages → Install Redis. A drop-in plugin will be installed.

Here’s the table from the Cloudways blog:

Cloudways offers Cloudflare Enterprise for $5/mo per domain while WPX has their own custom CDN (XDN) along with QUIC.cloud which you can use on LiteSpeed.

WPX wins this category since you can use either LiteSpeed Cache or W3 Total Cache. With Cloudways, you’d want to use FlyingPress since Breeze isn’t great. 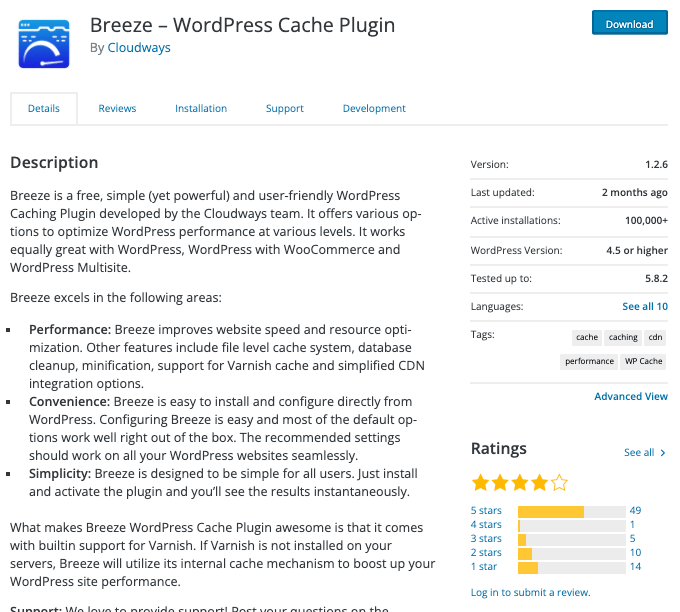 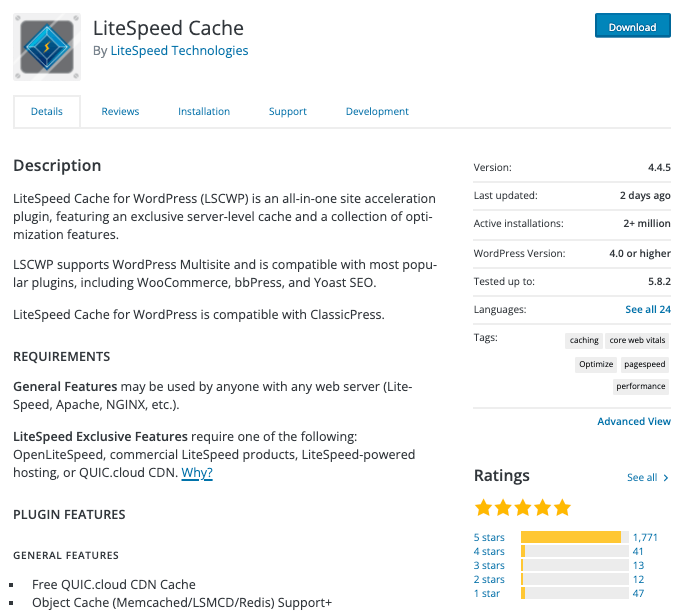 How close your data center is to visitors has a big impact on TTFB (unless you use something like Cloudflare Enterprise or QUIC which improves TTFB in multiple global locations which you can test in SpeedVitals). But if you’re not using a CDN with features like full page caching and Argo Smart Routing, using a close data center is still important. In which case, Cloudways wins.

Here’s the gist (you can read the full thread here).

I hate when a host blames someone else for their mistakes while pretending it’s small. I wouldn’t put my website in the hands of someone who refuses to improve their service even when a disaster like this happens. To this day, I don’t believe WPX added a redundancy system.

Cloudways uses third-party cloud providers like DigitalOcean and Vultr. Vultr had some downtimes issues in the past, but I think they’ve improved recently. Otherwise, their uptimes are far better than WPX where downtimes are one of the most common complaints about them. 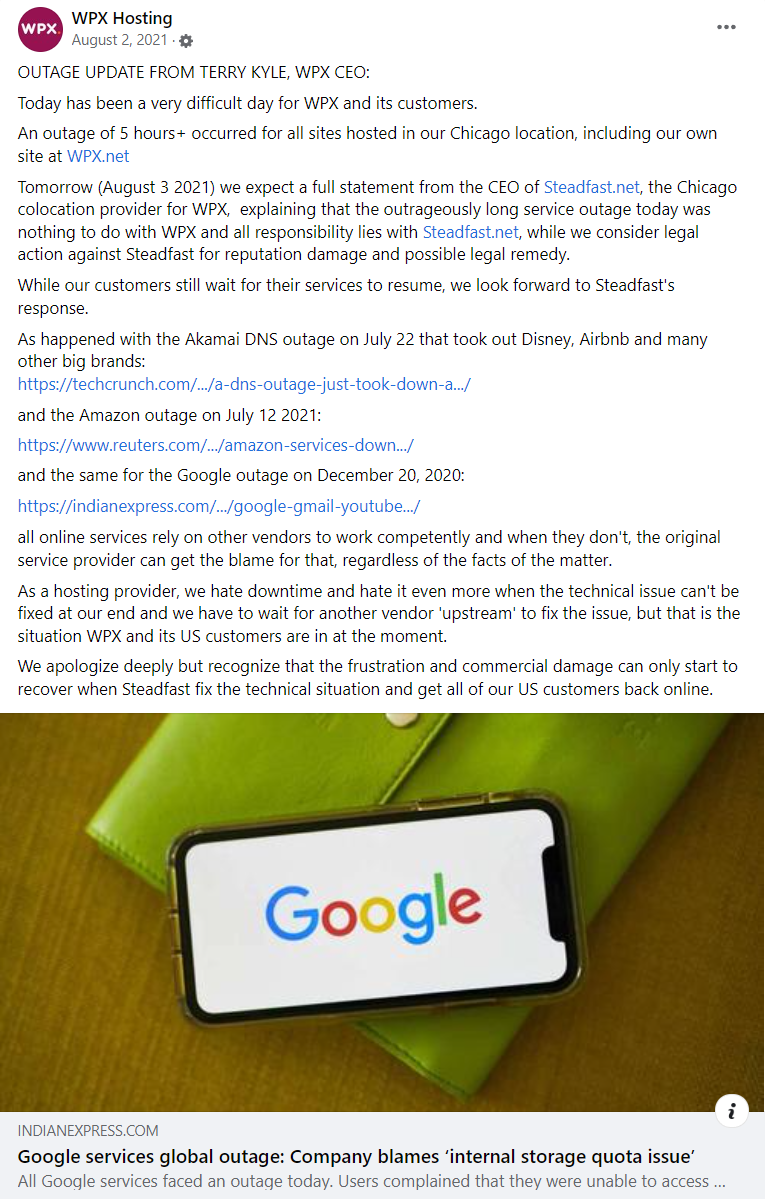 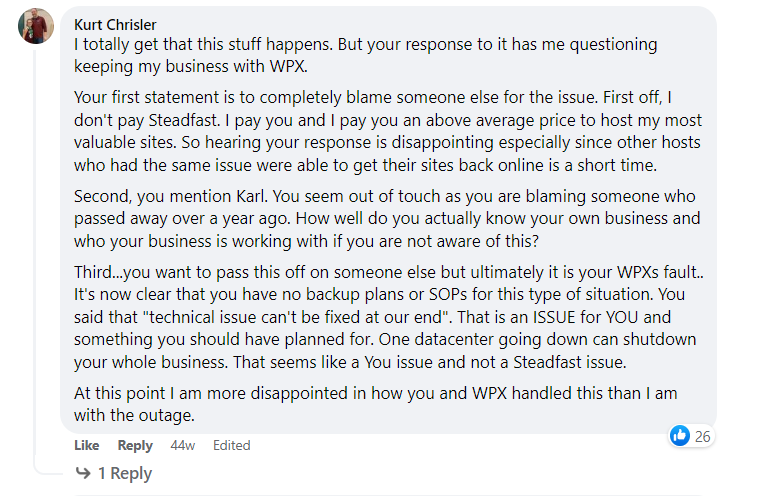 10. Dashboard – Both Use Custom Dashboards

Cloudways is more “techie” than WPX, but it’s really not hard.

Cloudways’ dashboard has 3 main tabs: Servers (you can launch a server and manage things like PHP versions, caching, etc). Then you have Applications (where you connect your domain, add SSL, etc). Next, the 9 dots are add-ons like Cloudflare Enterprise or requesting a migration.

Step 1: In Cloudways’ dashboard, you’re prompted to launch a server. Select an application (WordPress or WooCommerce) and name your app/server. Select a cloud host (I recommend Vultr HF). Select your server size (1GB is fine for small sites, but use 2GB+ for WooCommerce and large sites). Select the data center closest to your visitors. When you’re ready, launch Now. 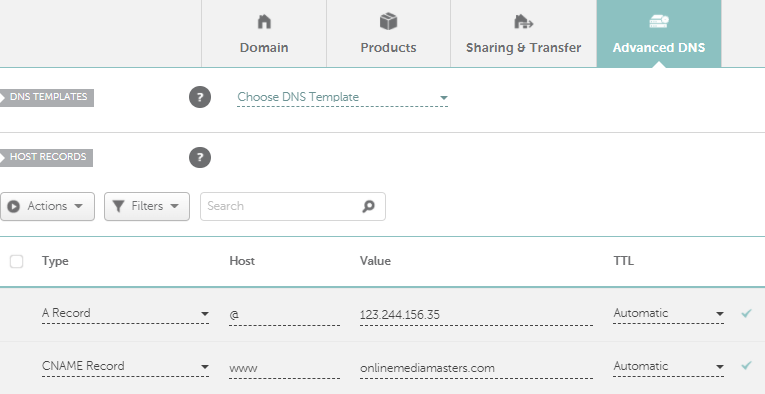 Cloudways has a video on this: 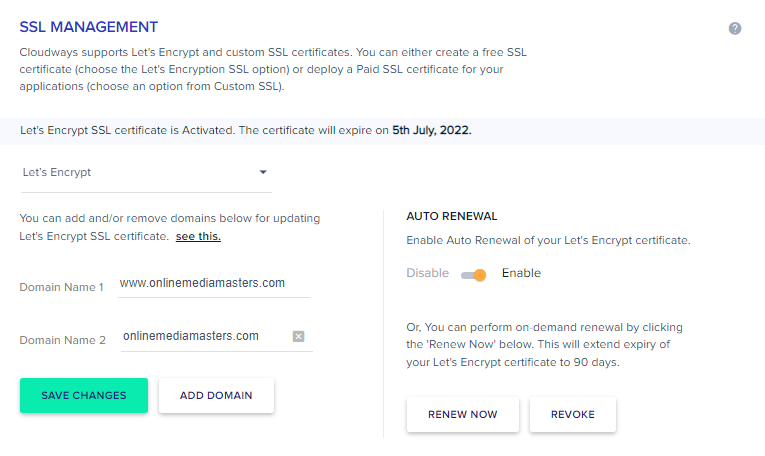 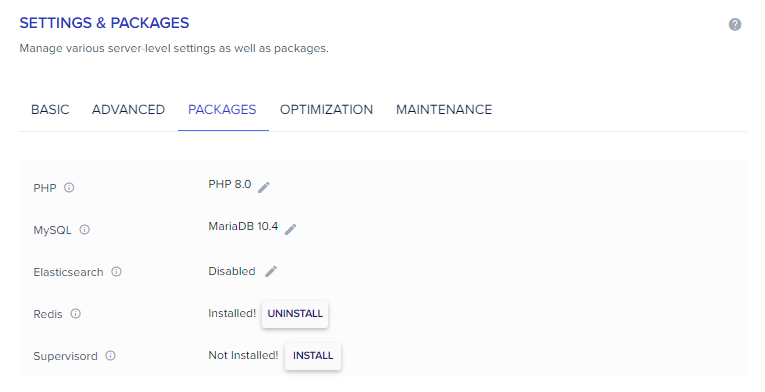 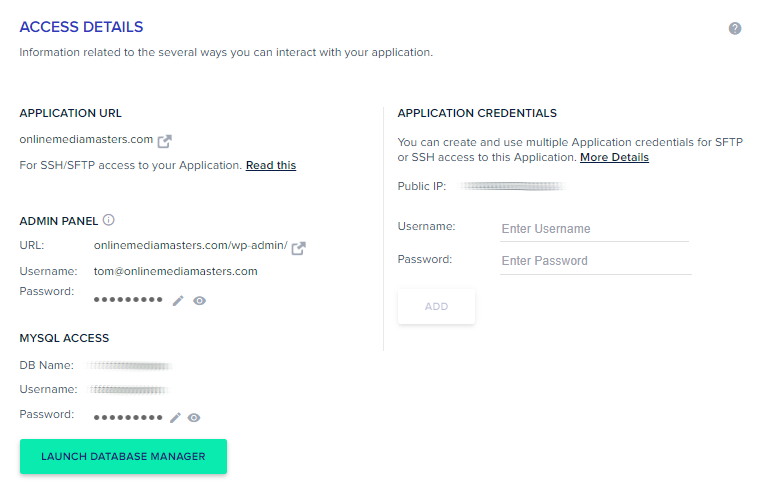 The WPX dashboard is very user-friendly but is overly simplified if you’re looking for more control of any server settings. It’s great for beginners, but not great if you want more control.

11. Email Hosting – Neither Support It (Kind Of)

In either case, I definitely recommend using a third-party email service like Google Workspace.

WPX also includes free site speed optimization where they optimize your website for core web vitals. It’s unclear exactly what they do or how many hours they put in, but it’s a nice bonus. I wouldn’t expect a miracle to pass core web vitals though (since that can take a lot of work and completely depends on your site), but they might be able to improve your scores. Worth a try. 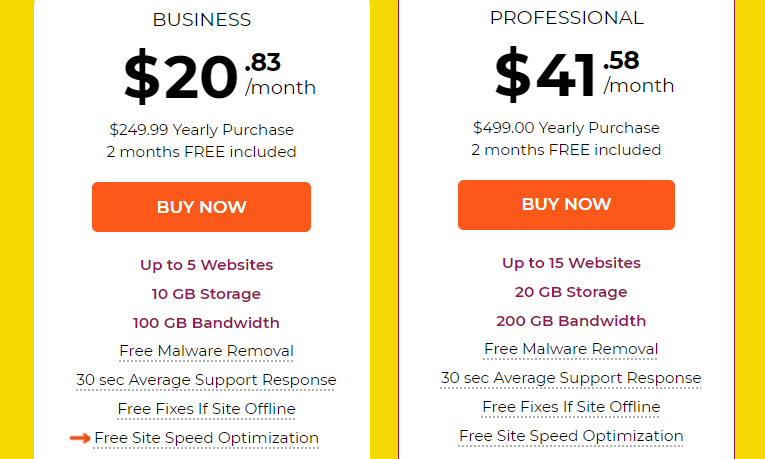 Support is usually something you have to experience yourself. But I can tell you Cloudways support has mixed reviews. While I’ve always been satisfied with their answers, some people say it’s hit or miss or overly technical. WPX’s support is solid and you can usually reach them in less than a minute. Both Cloudways and WPX offer tickets and live chat, but no phone support.

14. Security – Who Has Better Security?

Neither Cloudways or WPX have past data breaches.

Both hosts protect your website in their own ways (i.e. WAF through Cloudflare and QUIC and QUIC’s DDoS protection), but there have been reports of Cloudways using hashed passwords – so they could take a few additional steps to improve this. WPX also has free malware cleanup.

15. Price – Both Can Get Pricey From Bandwidth, Storage, Add-ons

WPX gets expensive because of their low bandwidth/storage limits. They also don’t even tell you how many resources come with each plan (CPU cores, RAM, inodes, etc). Since their plans can’t properly handle a WooCommerce site, you may very well exceed the “unknown” resource limits.

Cloudways can get expensive between having to buy email hosting, FlyingPress, and Cloudflare Enterprise. You’re already looking at around $25/mo. WPX is similar if you buy email hosting and use QUIC’s paid plan. However, since Cloudways handle quite a bit more traffic, Cloudways can actually become cheaper than WPX. Cloudways also lets you scale CPU/RAM while WPX doesn’t.

WPX starts at $24.99/mo while the cheapest plan on Cloudways is $10/mo for a 1GB DigitalOcean server (but a 2GB server is usually recommended especially for WooCommerce sites which is usually $22 – $26/month). WPX gives you 2 months free if you sign up for a year. The reason Cloudways costs more than going straight to DigitalOcean or Vultr is because they help manage your server, give you a dashboard, etc. Otherwise, you’d be using command lines.

These fluctuate, but WPX generally has a higher TrustPilot rating than Cloudways. I like to read through 1 star reviews to see what most people complain about (so I know what to look out for).

Since hosting reviews are so biased, here’s what actual people say: 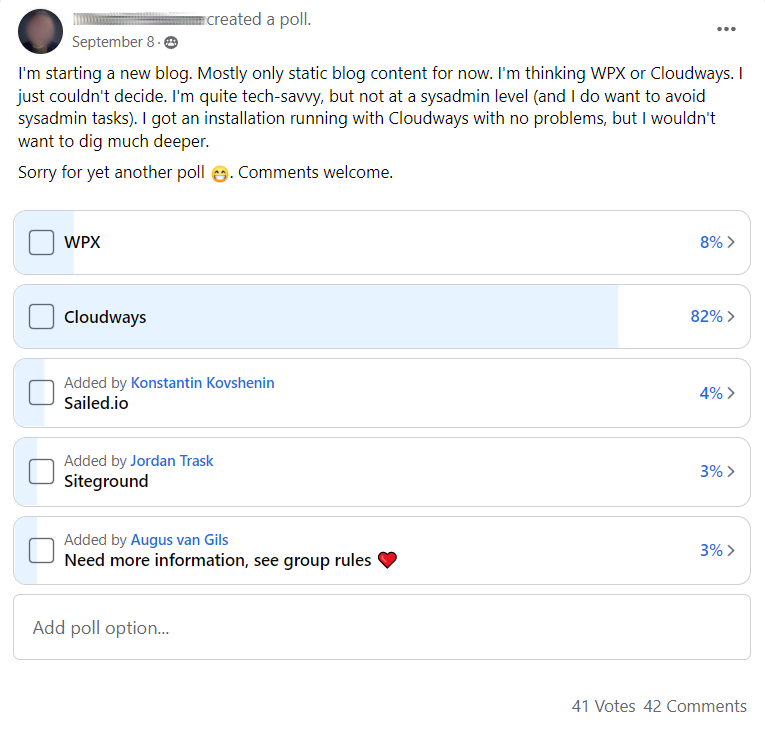 18. Winner – Cloudways Is Faster/Better Than WPX

Cloudways is definitely the winner.

I’ve used them for many years and always had a fast site/TTFB. They’re not perfect, but they’re far better (and faster) than nearly every mainstream host including WPX, who is not the fastest WordPress host like they say. IMO, they attracted lots of attention with the marketing gimmick. 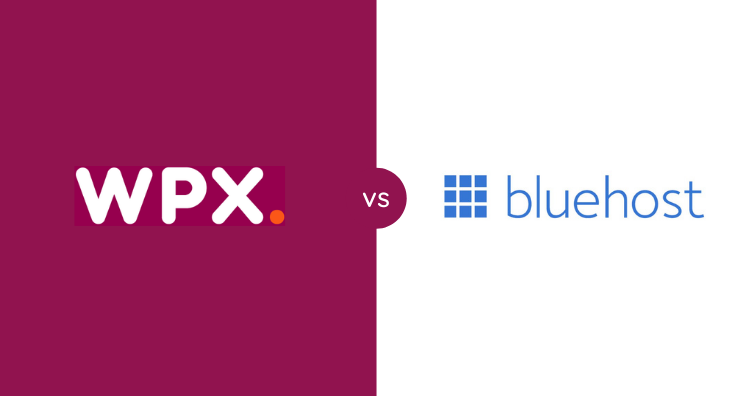