Deciding whether to use SiteGround’s GrowBig plan?

GrowBig used to be one of the best WordPress hosting plans available, but unfortunately, SiteGround GrowBig is not worth it’s price anymore. In fact, no SiteGround plan is worth it.

SiteGround went downhill in 2020 with slower TTFBs, ditching cPanel, increased prices, and significantly reducing support. They’re not the “great hosting” they used to to be and this also applies to their GrowBig plan. If you want an honest SiteGround GrowBig review, don’t use it.

My Story – I used SiteGround’s GrowBig plan for about 1 year. I also used GoGeek, cloud hosting, and an upgraded version of their cloud hosting for $180/month. I was an affiliate who referred nearly 3,000 people to them, but no longer recommend them because they went downhill and I try to stay honest. I ultimately left SiteGround for Cloudways who is significantly cheaper, faster, and also take care better care of their customers than SiteGround recently has.

Affiliate Disclaimer – I do not use affiliate links in the article to SiteGround because they’re not good anymore, but I do use affiliate links to Cloudways who is much better than SiteGround. I try to keep my reviews unbiased and based on trends I see from the WordPress Hosting Facebook Group which I recommend joining to get real feedback.

I just wanted to show you that I actually have used SiteGround. Other people writing hosting reviews sometimes don’t even use the hosting, but I have used SiteGround for years with multiple plans. I wanted to give you my honest experience in this SiteGround GrowBig review because while it used to be good, it’s not anymore and there are much better options available. 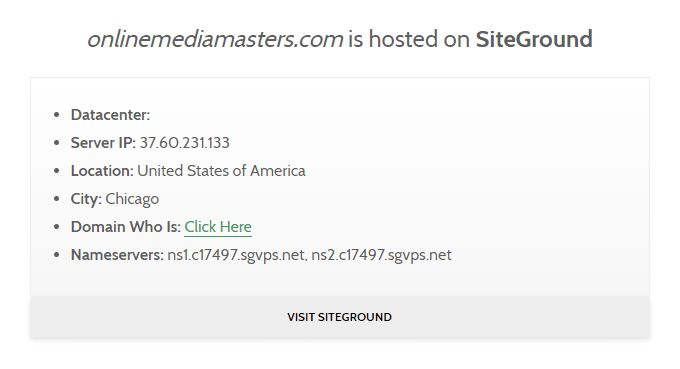 2. I Left SiteGround After Constant Upgrades

I went from paying $9.99/month on GrowBig to $120/month for their upgraded cloud hosting. This was all because I was hitting CPU limits and SiteGround would take down my website until I upgraded. Even when I did everything to reduce CPU and had <2s load times with near perfect 100% GTmetrix scores, SiteGround continued to send me these emails and take down my site.

Like many people have reported in Facebook Groups, the only real way to fix this is to leave SiteGround. I was paying them $180/month for a few months until I looked for alternatives and finally left. Dig through conversations from Facebook Groups and you will see it’s very common.

I was lucky enough to leave before things got even worse at SiteGround with Site Tools, reduced support, slower TTFBs, and increased prices. I dodged a bullet so you don’t have to. 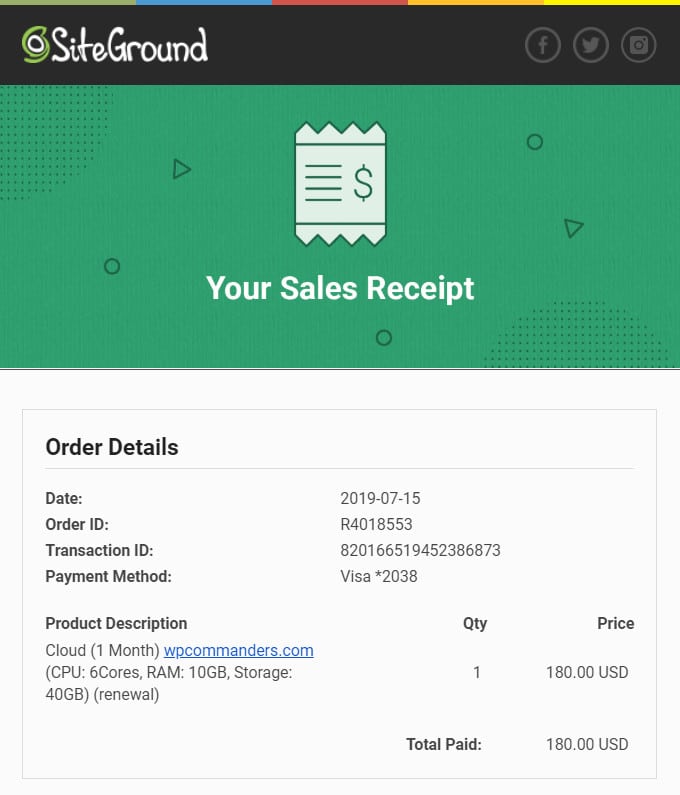 SiteGround claims their Ultrafast PHP can reduce TTFB by up to 50% and reduce memory usage by 15%, but it’s only included with GoGeek and they have no data to back this up. With GrowBig, you can use the latest version PHP 7.4 but you don’t get the benefits of Ultrafast PHP. 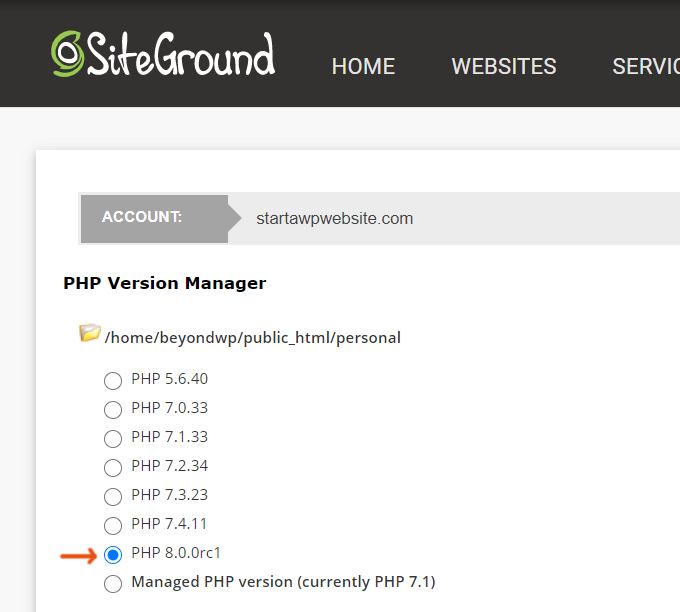 SiteGround GrowBig has more server resources than StartUp, but it still can’t properly handle websites running resource-hungry plugins like WooCommerce, Elementor, WPML, or even AdSense. You really have to be careful with when running these and you risk hitting your CPU limits. GrowBig is not meant to handle mid to high traffic websites or resource-hungry plugins.

You can find SiteGround’s CPU limits on their features page under the “server” tab: 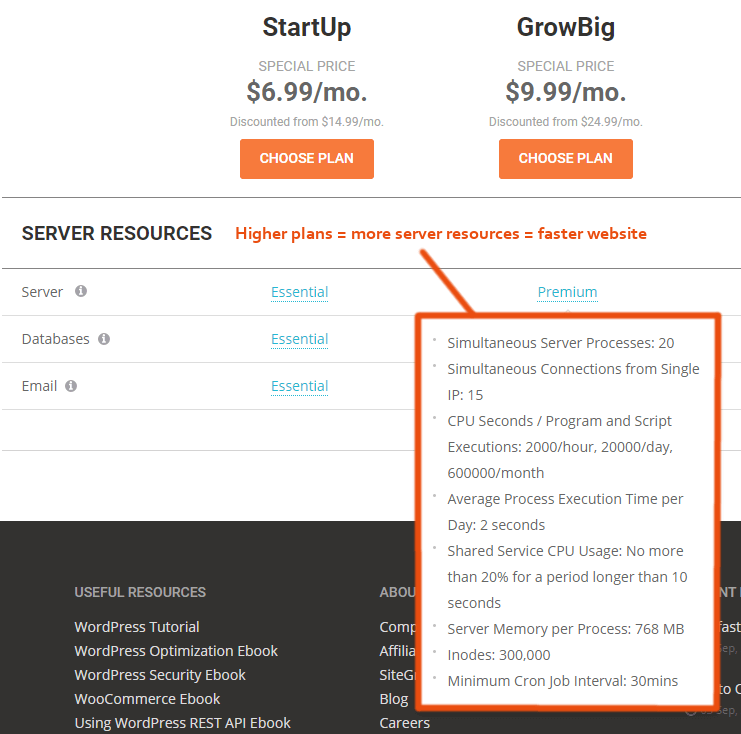 GrowBig is an “OK” choice during the initial period, but it’s definitely not $24.99/month for. So if you’re going to use the GrowBig plan, I recommend leaving when your renewal prices kick in.

It used to be good, but has gotten completely downhill throughout 2020 when they:

Honestly, SiteGround’s support is one of the worst out there now. If you’re looking into GrowBig because you want good support with your plan, don’t do it. It’s not good anymore. 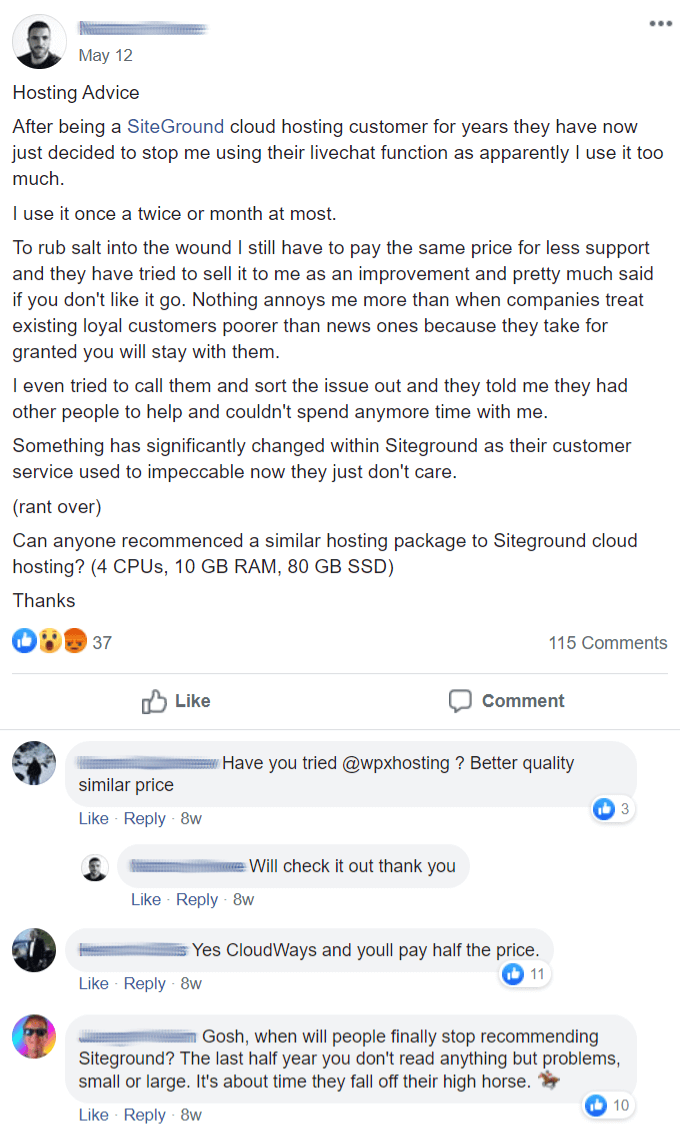 7. SiteGround’s TTFB Is Getting Slower And Slower

While it doesn’t use Cloudflare or SG Optimizer, it was one of the slowest hosts in speed tests. SiteGround had some of the slowest TTFBs and load times out of all the WordPress hosting plans. This was an Astra Starter Site of out of the box with only 6 lightweight plugins which were also installed on each website. SiteGround’s GrowBig plan averaged a 2280ms load time.

Here are a few screenshots: 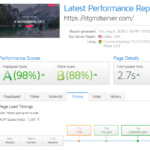 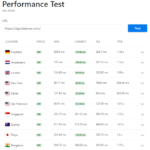 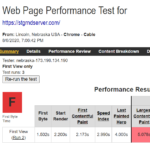 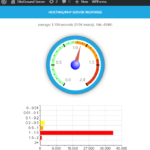 Why is SiteGround slow?

Just because they use Google Cloud servers doesn’t mean their hosting is fast. It’s not entirely clear why their hosting is slow, but there’s no doubt it has gotten slow over the year. A theory is that just like their reduced support (to increase their bottom line), they are doing the same with their server resources and using it as a ploy to get customers to purchase more expensive plans.

8. StartUp vs. GrowBig vs. GoGeek vs Cloud Hosting

You can see a comparison of StartUp vs. GrowBig vs. GoGeek on SiteGround’s features page.

StartUp – can only host 1 single website and lacks server resources, advanced caching with SG Optimizer, staging, storage, and on-demand backups. In other words, it’s only good if you’re just starting a site that has minimal traffic and doesn’t require heavy plugins or advanced features.

GrowBig – GrowBig has more server resources than StartUp with advanced caching, staging, and more storage. It can handle smaller sites with medium CPU consumption, but likely still can’t handle heavy resources or mid traffic sites. Definitely the best value in my opinion, but again, definitely not worth the higher $24.99/month renewal prices. I would only use GrowBig for their intro prices, but still, I personally wouldn’t use them since the company went downhill.

Cloud Hosting – absolute garbage. Way too expensive and you will still likely get CPU overages on their entry level $80/month plan and will need to add more CPU + RAM for more money. Support isn’t any better than their lower plans and you can get the same amount of CPU + RAM elsewhere for much cheaper (and with faster load times). No reason to pay SiteGround $80/mo.

I wanted to show you a few posts from Facebook Groups about SiteGround’s GrowBig plan. I recommend joining the WordPress Hosting Facebook Group to get real, unbiased feedback. 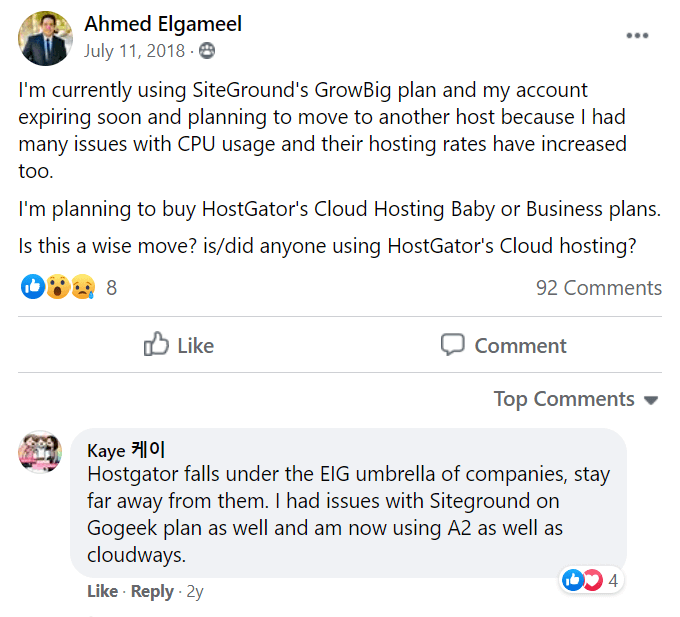 10. Why I Moved From SiteGround To Cloudways

In summary, I left SiteGround because of:

I moved to Cloudways and the results speak for themselves. Speeds are faster, pricing is monthly (and cheaper starting at $10/month for DigitalOcean), support is better, and I don’t have CPU issues like on SiteGround. Of the many people who leave SiteGround, most go to Cloudways. They have 3-day trials, free migrations, and a promo code to save money: OMM25 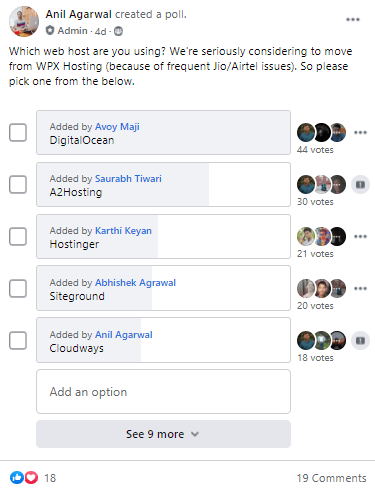 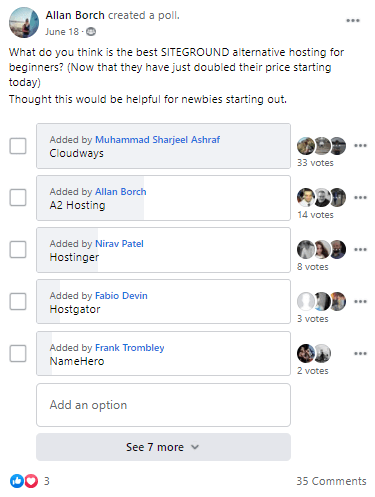 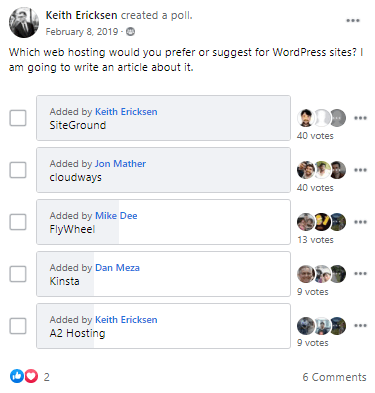 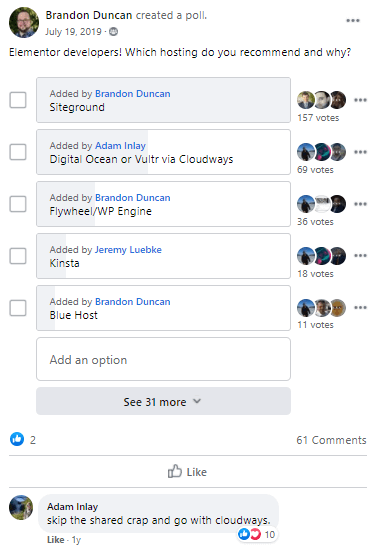 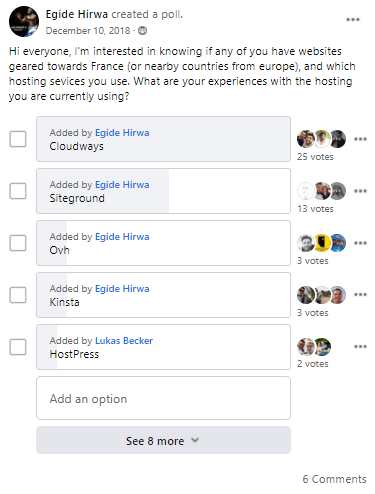 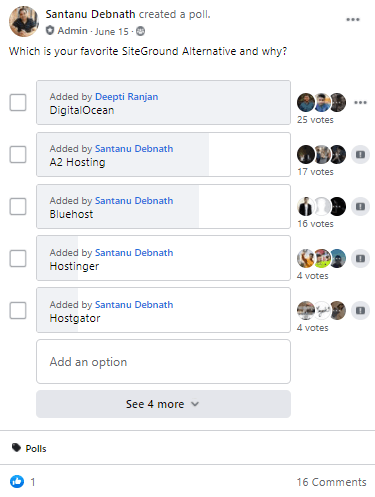 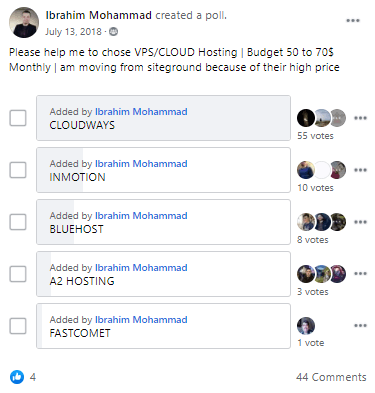 How much does SiteGround GrowBig cost?

What is the difference between GrowBig and GoGeek?

GrowBig has less storage, server resources, and doesn't come with priority support or Ultrafast PHP, while GoGeek does.

GrowBig is usually suitable for ~ 25,000 visits monthly, but this is a general number. It depends on your plugins, traffic, and CPU consumption of your website.

Can I host multiple websites on GrowBig?

Yes, you can host multiple websites on GrowBig. Just keep an eye on your CPU usage. 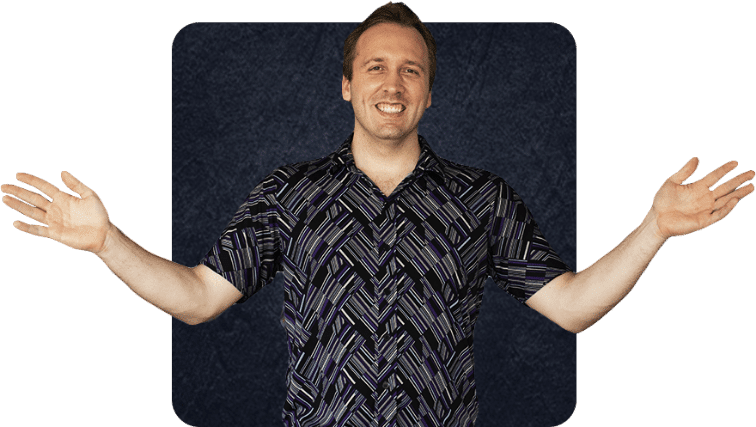 Yo, I'm Tom. I write tutorials on WordPress speed and SEO. I also donate a good chunk of this blog's income to GoFundMe campaigns. If you want to see 50 random and disturbing things about me (and cat pics), read my bio.

Tom Dupuis started OMM in 2011. He falls asleep to serial killer documentaries and pukes in Mobil garbage cans. Read his bio to learn 50 random and disturbing things about Tom and the story of Online Media Masters.