Some people swear by Swift Performance, others stay away because of scam reports.

I wrote this tutorial on configuring the Swift Performance Lite settings since I try to do this for every cache plugin, but I chose not to use it myself. Too many negative reviews and I’m sure WP Johnny gets excellent results with it, I would just rather support Gijo Varghese from FlyingPress.

They have a good amount of documentation and let Swift Performance Lite users unlock many Pro features for free. You can do this by registering for Swift in the Dashboard settings, adding your license key, and downloading the Swift Performance Extra plugin. I would definitely watch Johnny’s Swift YouTube video since many of these settings are based on his recommendations.

These settings should only be used as a starting point. Make sure you avoid duplicate functionality if you use Cloudflare for things like image optimization and minification, Perfmatters for asset unloading or anything else, or WP-Optimize for database cleanups.

Once you install Swift Performance, it opens a setup wizard. Run the Autoconfig option and Swift will configure a few settings based on your server configuration, plugins, settings, etc. 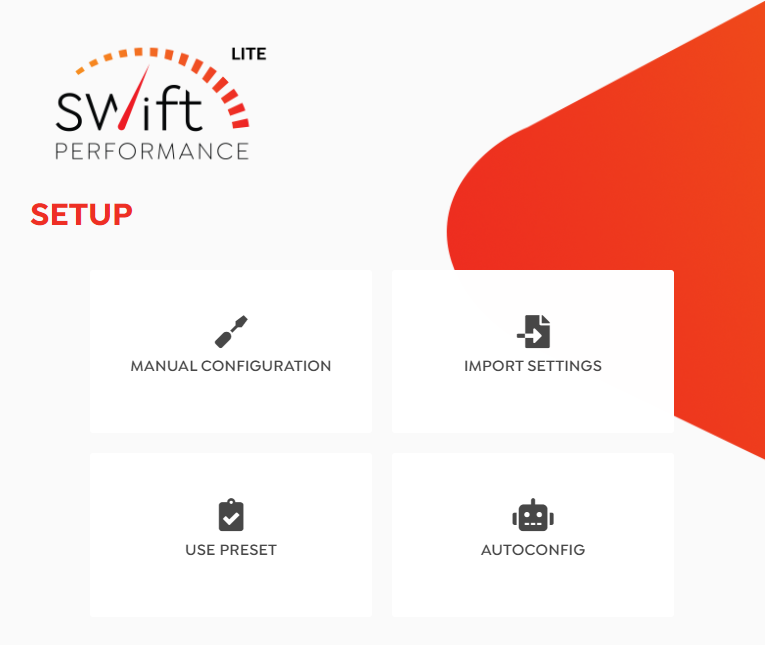 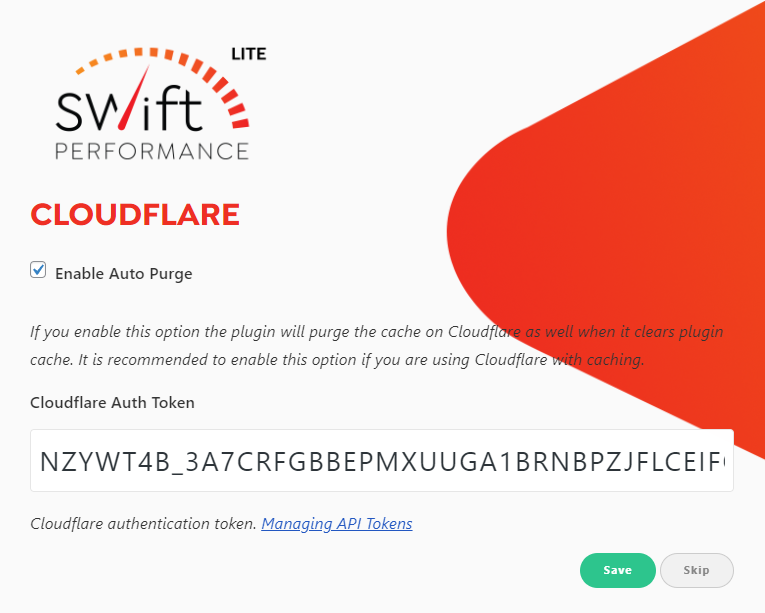 Swift Performance will tweak a few settings based on your configuration. 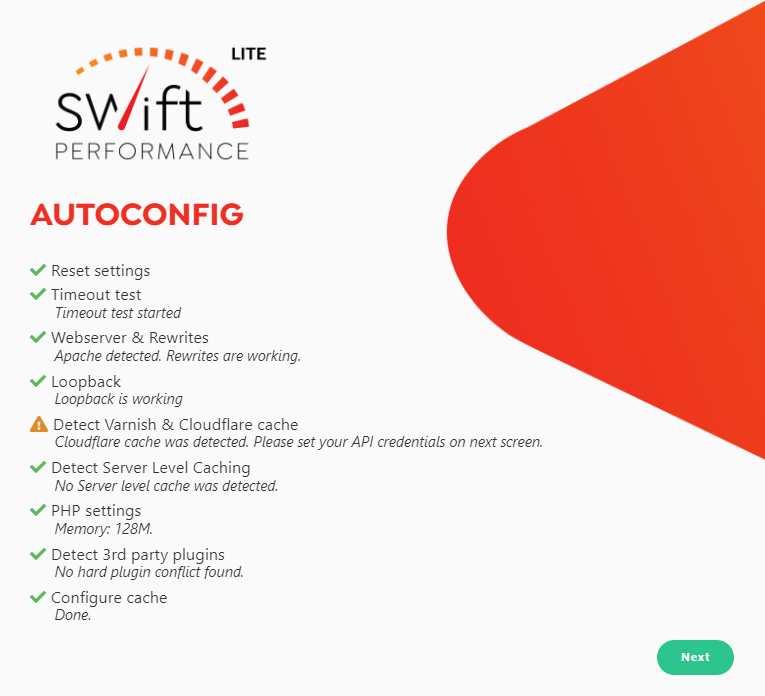 The dashboard shows stats like how many known pages Swift detected vs. how many are actually cached. The Warmup table shows your cached pages, their prebuilt priority, and the date each page was last cached. You can manually add URLs if Swift didn’t detect certain pages. 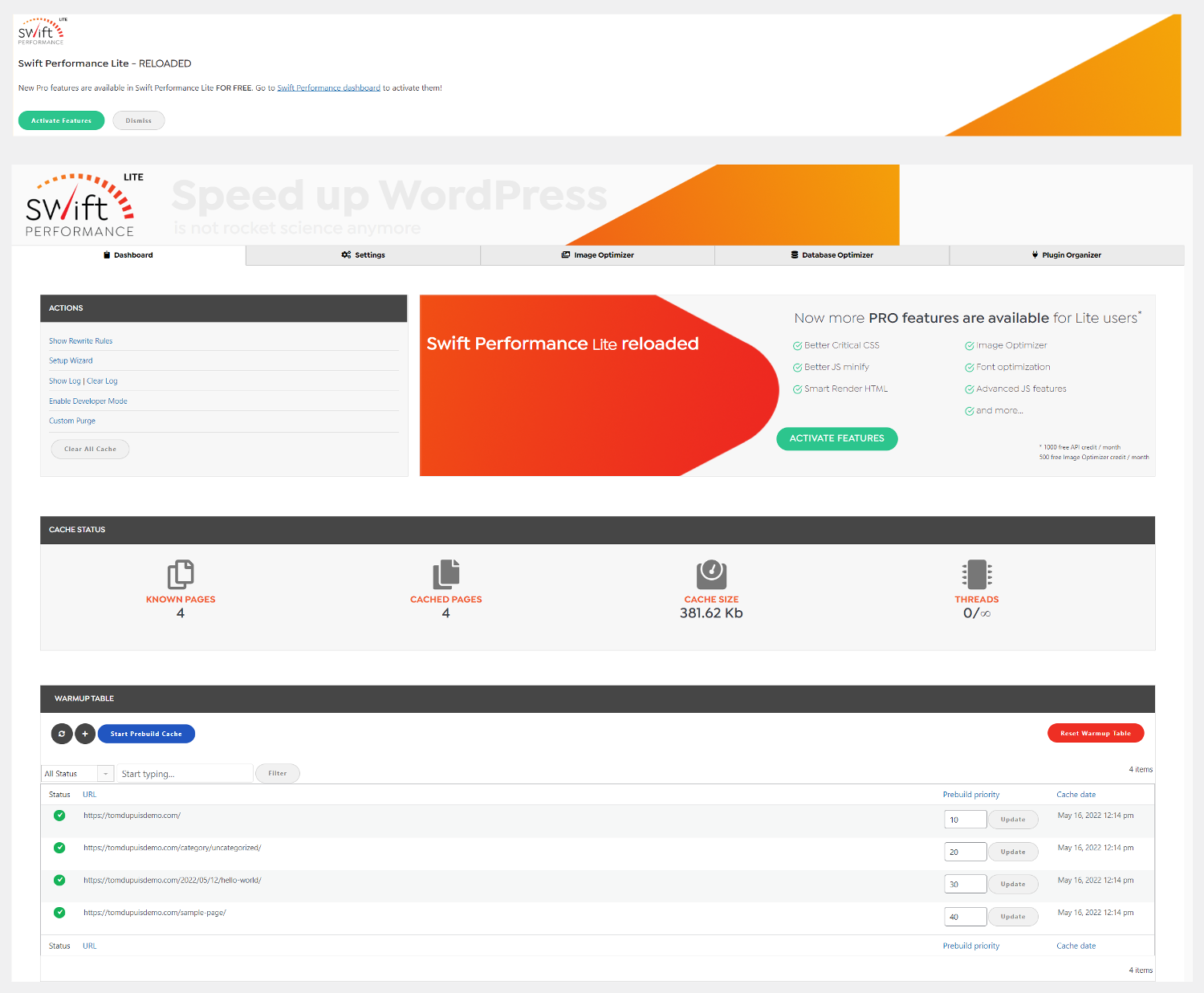 Register with Swift, add your license key, and you’ll get more features on the Lite version.

Once your key is added, you’re prompted to install the Swift Performance Extra plugin. 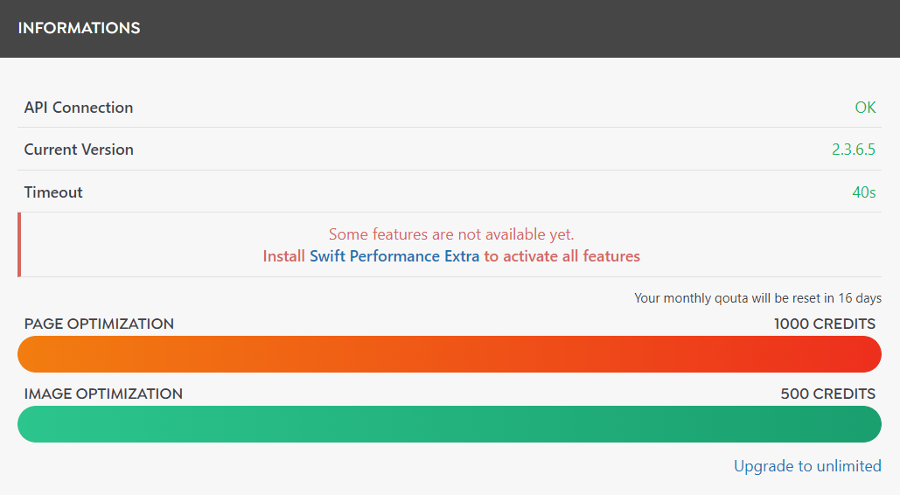 The advanced view expands the Swift Performance settings with more things to configure.

Scripts
Merging/minifying JavaScript is notorious for causing errors, but I would test these and check your load times. If you see errors, find the problematic files and add them to ‘Exclude Scripts.’

Styles
CSS optimization can also cause errors, but can greatly improve scores/load times. Play with the settings and check a few pages to make sure everything is OK. If merging stylesheets and minifying CSS cause errors, locate/exclude problematic files (same things with JavaScript).

Exceptions
This is where you exclude certain parts of your website from being cached. You can do this by URL, post types, cookies, known crawlers, author pages, REST URLs, and even your RSS feed.

Warmup
Warmup stores URLs in for the next cache prebuild. Each URL has a priority number (shown in the dashboard settings) where they can be adjusted manually. Lower number = higher priority.

If you’re using Swift for image optimization, this shows you stats.

You can usually delete everything but post revisions. You probably want a few backups and Swift only gives you the option to delete all of them. I prefer to use WP-Optimize which lets you keep some post revisions, scheduled cleanups, and remove unused tables left by old plugins.

Only use the plugin organizer if you’re absolutely sure you know what you’re doing.

This can be used to disable elements on specific pages/posts where they’re not being used. I prefer Perfmatters but if you’re using Swift, the plugin organizer is free even on the Lite version. 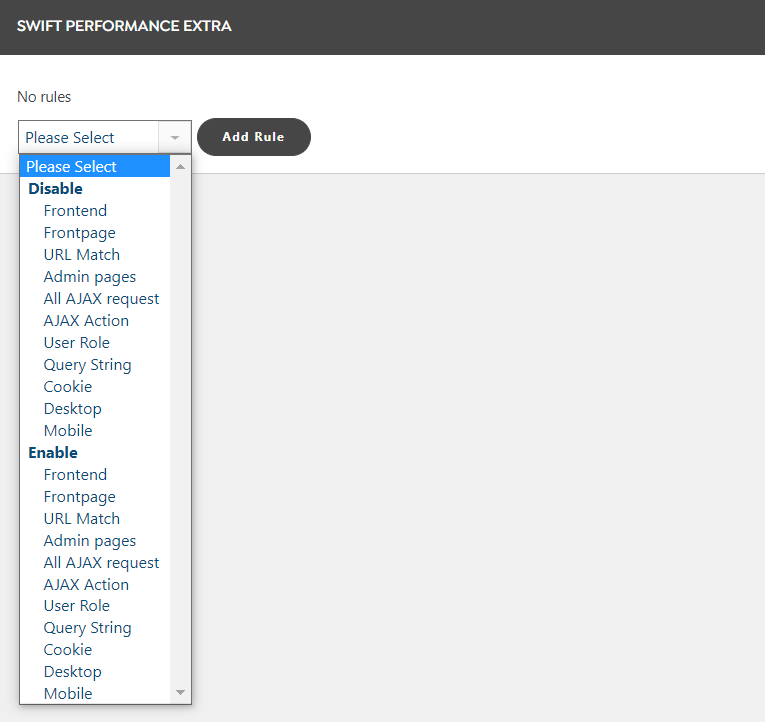 With the free Swift Performance Extra plugin, most sites won’t need to use the Pro version. It already comes with most key features in the Pro version, but feel free to compare them yourself. The Pro version does include a database optimizer but this can easily be done in WP-Optimize.

Just be careful, there have been numerous reports of Swift’s bad billing practices. So if you decide to cancel, I would honestly call your bank to make sure they don’t keep charging you.

Thanks for reading – drop me a comment if you have any questions!
Tom